Donald Trump helped me realize I have a problem with alcohol.  Now, Donald Trump is helping me get sober.

I have always liked to drink.  Over the years, I have acquired a love of all types of libations. The bitter, tingle of an IPA as it hits the back of your tongue, a dewy bottle of chilled white wine waiting in the fridge after stressful day at work, a bloody Mary made with all the fermented fixing.  I love the feeling of warmth that opens up in your chest after your third glass of Chardonnay,  the heady, irreverent buzz of taking a shot of tequila while sipping a Coors light or sitting next to your best friend, an open fire crackling on a sandy beach while sipping Bulleit bourbon straight from the bottle and feeling like a pair of untamable, feral women.

For me, alcohol was everything.  It was relaxation, stress relief, fun, sophistication, adventure and a centerpiece of all social events.

While I have always enjoyed drinking, alcohol took on a new meaning in my life after I turned 30. My thirties have been filled with anxiety and excitement.  The endless photos of marriages, babies and houses purchased that cling to my psyche after I close the Facebook window, the uncomfortable pang of wanting a child so bad I can feel it in bones (it hits me at the strangest times!), the realization that I am not wealthy and I can’t afford to build a life in Central California, a skyrocketing career doing work I really care about, the discomfort a being a young woman in a board room full of old, white men, the election of a fascist, misogynistic, pig head and the spiral into darkness: these are the things that have made turning 30 so amazing and so utterly, disorienting.  These are also the reasons I started drinking—a lot.

Alan Carr makes an analogy about drinking that I find very useful.   He says that drinking is like the sipping the nectar from a “pitcher plant,” a flower that slowly lures insects toward their death with a sweet,sugary juice.  The insect lands on the plant and starts drinking.  At first, the nectar is delicious, intoxicating.   Slowly, the insect starts to slip.  The downward slope is so gradual that the insect doesn’t notice.  It just keeps drinking the nectar, oblivious.  Eventually, the insect slips too far down, it can no longer escape.  It looks around and sees it’s surrounded by death, empty exoskeletons of ants, flies and other insects suspended, weightless in the heavy syrup.  By the time the insect realizes its in trouble, everything around it is dead.

As I struggle to make sense of my relationship with alcohol (am I an alcoholic? can I even drink? why do I feel so out of control? what the fuck did I say last night?), Alan Carr’s theory of alcoholism has been helpful.  He and many other believe that there is no such thing as an “alcoholic,” a word that is both scary and stigmatizing.  There isn’t an invisible line that divides people who drink into two distinct categories: causal drinkers and alcoholics.  Rather, he believes that everyone who drinks is sitting on the edge of the pitcher plant slowly moving downward towards addiction and “alcoholism.”  Some of us, those with a genetic disposition and exposure to certain environmental factors, will slip more quickly—much more quickly—toward the point of no return.  Some people never get there.  Yet, at it’s core, alcohol is an addictive, destructive substance that ultimately leads to death.

In retrospect, with clear, sober vision, I realize that I had been slipping quickly for the past two years.  And on November 10, 2016, after Donald Trump became the President-Elect of the United States, things got bad—really, really, really bad.  For me and for just about everything I care about.  I got really angry, really drunk,  many times and hurt some people I care about.

So, Donald Trump showed me I need to get sober to keep up the fight that will be the next 4 years and to keep everything I love in my life.   And that’s what this blog is all about, the battle of sobriety and stickin’ it to Donald Trump. Thanks for joining me on this journey! 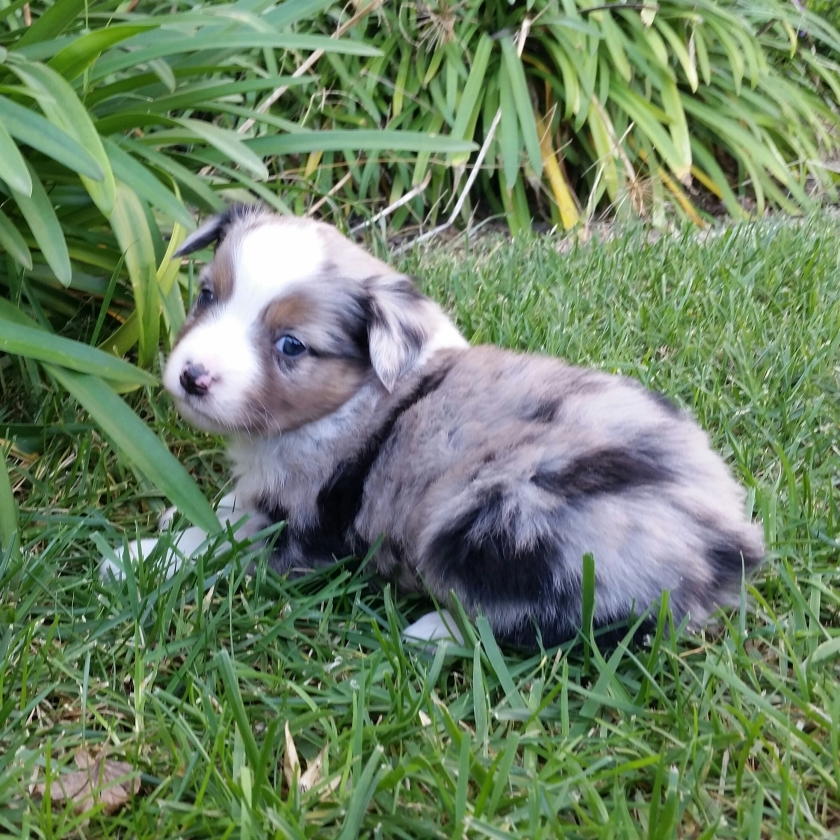 This is a photo of my post TRUMP matic stress relief: a new puppy.  His name for now is “chub chub.”  He will arriving shortly after Xmas.  Baby animals will definitely be my #1 source of strength as I get sober and fight fascism.

Crashley Brakes is about sobriety, motherhood, race, politics, spirituality and how I make sense of all of these things through writing and sharing authentically and truthfully. This online journal is written in frenetic, sober bits and pieces, and always sent without proofreading, so please excuse and enjoy all the typos.
Loading Comments...